Itinerary to the discovery of Christian Rome

City with a millenary history and ancient religious tradition, Rome is the heart of Catholic Christianity, the place where history and millennial art blend with the faith, giving an extraordinary synthesis of magnificience and beauty. The proposed itinerary guides the visitor to the discovery of the most important and central places in the history of Rome and the Church, places where you can taste the history of men who have dedicated their lives to the Church and to spreading its message.

The itinerary to discover Christian Rome could not leave from the Basilica of San Giovanni in Laterano, the oldest and most important basilica of the Catholic West, as well as the Cathedral of the Diocese of Rome and the official ecclesiastical seat of the Pope. The Majestic Basilica, whose name for extended is Archbasilica of the Pope and Cathedral of the Most Holy Saviour and Saints John the Baptist and Evangelist in the Lateran, in its present aspect dates back to the XVII century, when Pope Alexander VII entrusted the project to Francesco Borromini. Its eighteenth-century façade is of remarkable beauty, realized according to the project of Alessandro Galilei; the sixteenth-century coffered ceiling of the median nave is simply wonderful. Also worth a visit the museum, set in two rooms adjacent to the basilica, where precious liturgical furnishings are preserved.

Continuing along Via di San Giovanni in Laterano you reach the Basilica of San Clemente al Laterano, one of the most suggestive and ancient basilicas of the Eternal City. Dedicated to Pope Clement I, the third pope after St. Peter, the Basilica presents a wonderful façade in late Baroque style created by Carlo Stefano Fontana while inside it retains magnificent artistic treasures, including an important testimony for the study of the Italian language, the fresco of the “Legend of Sisinnio” dated between 1084 and 1100, in which there are the oldest wall phrases expressed in an intermediate language between Latin and vulgar Italian. Beneath the foundations of the basilica is the Mitreo di San Clemente, an archaeological complex that is divided into three main areas: the temple for Ritual Convines, the school and the Antichamber. Several roman houses and narrow Imperial Rome lanes surround the Mitreo.

The itinerary continues with a visit to the Basilica of San Pietro in Vincoli, built in the 5th century by Licinia Eudoxia, daughter of Theodosius II and wife of Valentinio III, to welcome the chains with which St. Peter was imprisoned in Jerusalem, relic that is still preserved under the main altar. However, it is not the chains of St. Peter that made this basilica famous but one of the masterpieces of sixteenth-century art, the Moses of Michelangelo, an imposing marble statue carved between the 1513 and the 1515 to adorn the never completed mausoleum of Julius II. Considered one of the most important masterpieces of Renaissance sculpture, this magnificent work strikes the incredible depth of the gaze. 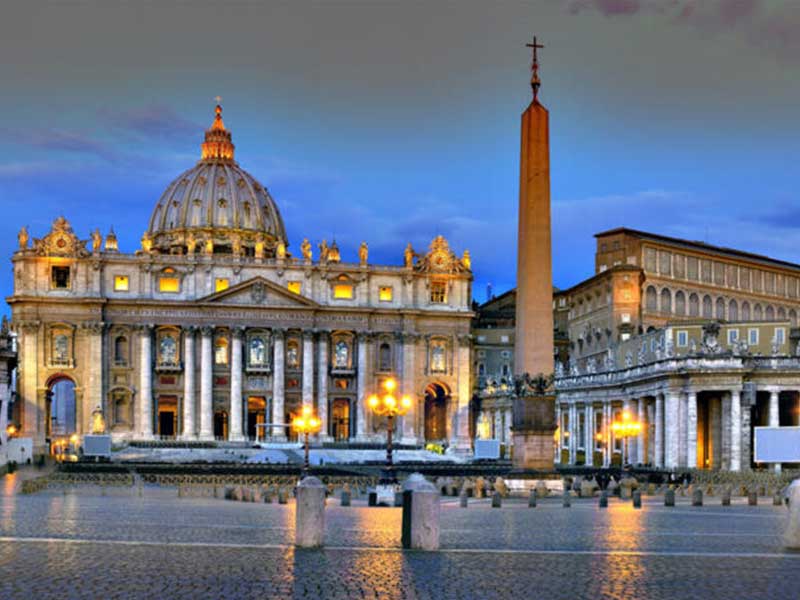 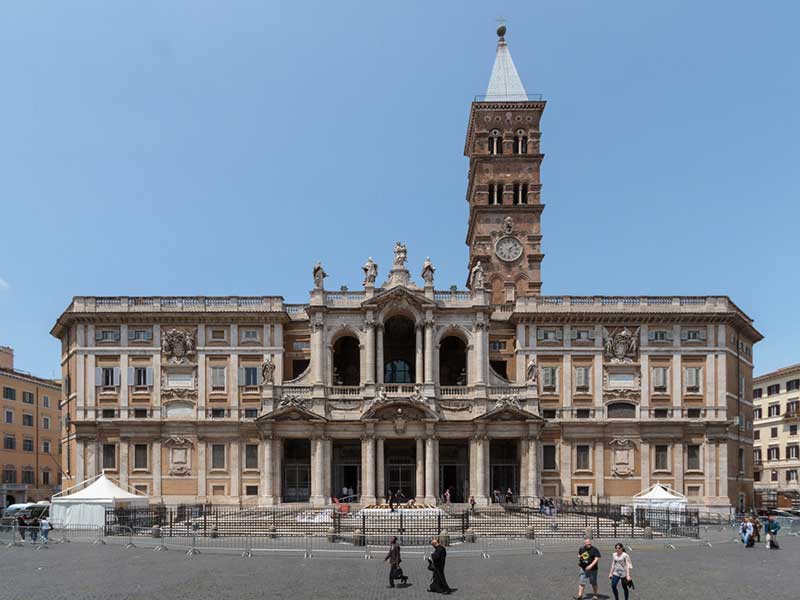 The next stage of this itinerary is the Basilica of Santa Maria Maggiore, located on the top of the Esquilino Hill, the most important of the Roman churches dedicated to the Madonna. The legend says that was the Madonna herself who inspired the construction of a church in her honour, appearing in a dream on the night of August 5, 352 with Pope Liberius and a Roman patrician and inviting them to build a church where in the morning they would find snow. The next morning incredigly snowed in August and they decide to make the foundations there. The Basilica is embellished with valuable chapels, among which are the Pauline Chapel and the Sforza Chapel. Crossing the Tiber River, you can admire the Basilica of Santa Cecilia in Trastevere that, according to the legend, rises on the family house of St. Cecilia, martyred here in 230 A.D. Absolutely to be seen the wonderful underground crypt and the so-called “bath”, the calidarium where according to the legend was made the first attempt to choke Cecilia.

Finally, the itinerary ends with a visit to St. Peter’s Basilica, the major of the papal Basilicas and the universal symbol of Christianity. The present Basilica was built between the beginning of the sixteenth century and the first decades of the seventeenth century on the site of the primitive basilica erected around 320 by the Emperor Constantine in the place where, according to tradition, the Apostle Peter was buried. For the construction of the basilica alternated the most famous artists of the time: Raffaello Sanzio, Antonio da Sangallo the Younger, Michelangelo, Giacomo della Porta, Domenico Fontana, Carlo Maderno and Gian Lorenzo Bernini. Inside are preserved a large number of valuable works of art, among there stands La Pietà, Michelangelo’s youthful masterpiece, performed in 1499 when the artist was barely 24 years old.