An amazing journey back in time…

Considered one of the most beautiful cities in the world, Rome can include numerous interesting monuments, testimony of nearly three millennia of history. Like other similar cities , the Capital has many faces, and with the passing of centuries every epoch has left its imprint.

The itinerary proposes an extraordinary journey back in time to discover some of the most important archaeological testimonies of Rome, from the Colosseum to the Ara Pacis.

Our itinerary in the Eternal City, suspended between history and legend, begins at the Colosseum, originally known as Amphitheatrum Flavium, as well as one of the most famous monuments in the world. Located in the archeological heart of the city, the Colosseum was erected in the first century D. C. and hosted, until the end of the ancient age, shows of great popular appeal, such as hunting and gladiator fights. 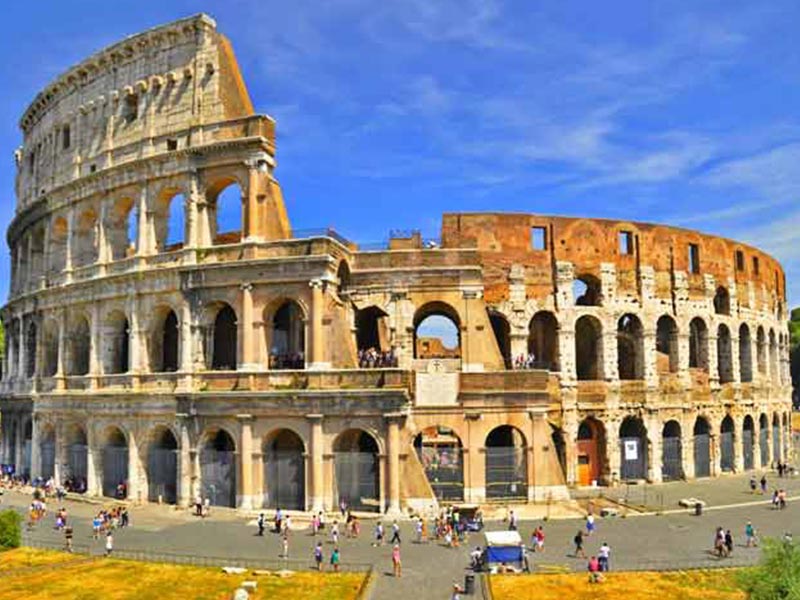 The mammoth structure was, and still remains today, a spectacle in itself. It has always been considered indestructible; in fact, the Roman people are convinced that “as long as the Colosseum even Rome will last”. From the Colosseum you will then continue towards the Palatine, one of the Seven hills and one of the oldest parts of the city which, according to Roman mythology, corresponds to the birthplace of Romulus and Remus. The Palatine is a veritable open-air museum, where the remains of the past are immersed in the greenery of a rich vegetation. 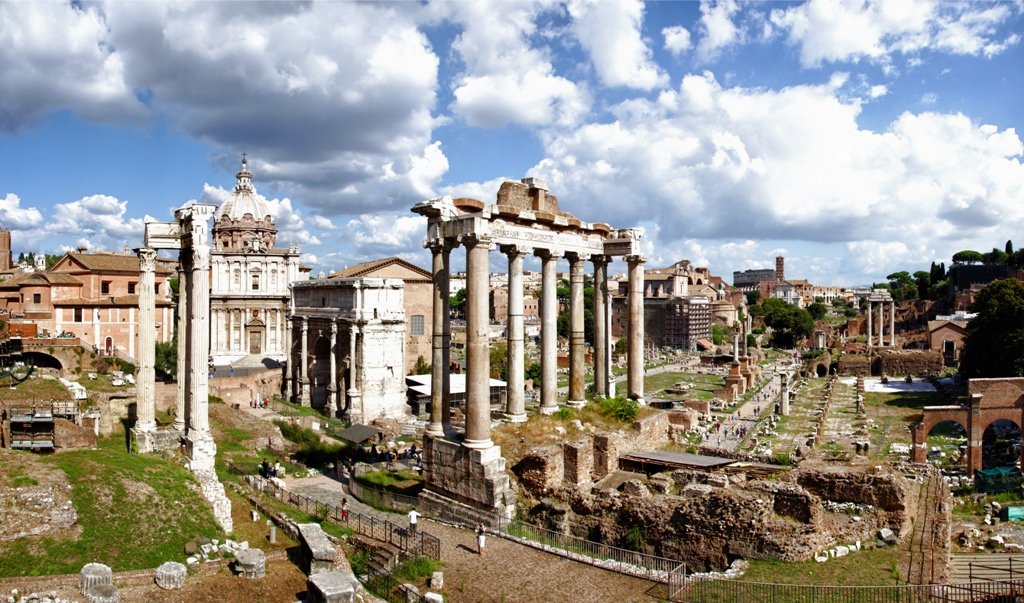 The next stage of the itinerary is the Roman Forum, the most important archaeological area of the city, which constituted the political, religious and commercial centre of ancient Rome.

Walking along the Via Sacra you can admire monuments of exceptional beauty from the millenary history. In fact, in the area of the Forum they concentrated practically most of the great public and sacred buildings of Rome in the Republican age.

Among the monuments not to be missed are the Arch of Septimius Severus, the House of the Vestal, the Temple of Saturn and the Arch of Titus. The Roman Forum constitutes, together with the Palatine Hill, the largest and most important archaeological complex in the world.

Proceeding towards Piazza Venezia, the itinerary continues with a visit to the Trajan Markets, which constitute a vast complex of Roman buildings. Considered anciently among the wonders of the classical world, the Markets were built in the first years of the second century A.D. and were destined for commercial and administrative functions. The whole complex was a real neighborhood where you could buy everything. Since 2007 they host the first museum of ancient architecture, the Imperial Forum Museum, which is linked topographically and conceptually to the grandiose urban system of the Fori Imperiali: of Caesar (46 B.C.), of Augustus (2 B.C.), the Temples of the Peace (75 A.D.), of Nerva (97 A.D.) and of Trajan (112 and 113 A.D.). The exhibition is divided into five sections, one for each of the five forensic complexes.

Finally, after a nice walk to the center of Rome, our itinerary to discover archaeological Rome ends with a visit to the Museum of the Ara Pacis, whose spaces were designed by architect Richard Meier, author of some of the most important museums of the second half of the twentieth century. The museum contains the Ara Pacis Augustae, one of the greatest examples of classical art, built to celebrate the return of Augustus from the provinces of France and Spain, where the emperor had consolidated the his personal power and, overall, the power of Rome.