An unusual walking in Rome, away from the crowed and most touristic places

In every city there are less famous places that escape the eyes of tourists and curiosity that only few know, but a city like Rome, so large and from the millenary history, has a large number of them. Here is a fascinating itinerary to discover a secret and unusual Rome, away from the most crowded and touristic places.

The first stage is the historic Palazzetto Zuccari in Piazza Trinità dei Monti, popularly called the House of Monsters. Built in Baroque style in 1592 on a project by Federico Zuccari, which also decorated the interior with his brother Taddeo, the bizarre palace presents a curious decoration: the cornices of the entrance door and the windows have the appearance of monstrous open mouths, inspired by the garden of the town of Bomarzo near Viterbo. Today, together with the adjoining Stroganoff building, it is home to the Hertziana library. The itinerary continues in Vicolo della Spada di Orlando, near Piazza Capranica, where emerges from a wall the rest of the bust of a marble column that keeps track of the passage to Rome of the Knight Orlando, the famous paladin of the knightly poems. More than a trace it is a saber left by its legendary and unbreakable sword Durlindana.

Let’s continue with a visit to the Church of Santa Maria in Vallicella, traditionally known as the New Church, an impressing 16th century building with sumptuous Baroque interiors. Inside, behind the altar, is preserved the painting of Rubens entitled “Angels Adoring the Madonna Valicelliana”. It is a picture with a “motorized” frame created by the same artist, thanks to which it is possible to descend or climb the painting and show it according to the religious needs. Once a week, after the mass of Saturday afternoon, the Church sacristan by pressing the button of a remote control activates this frame making the picture disappear. The next stop is the Church of Sant’Ignazio, a splendid Baroque building located in the homonymous square built in 1626 on the project of the architect Orazio Grassi. The church presents a curious peculiarit: the internal viewof the dome is actually not a dome. In its place there is a trompe-l’oeil painted by Andrea Pozzo that seems to give the illusion of the cupola. 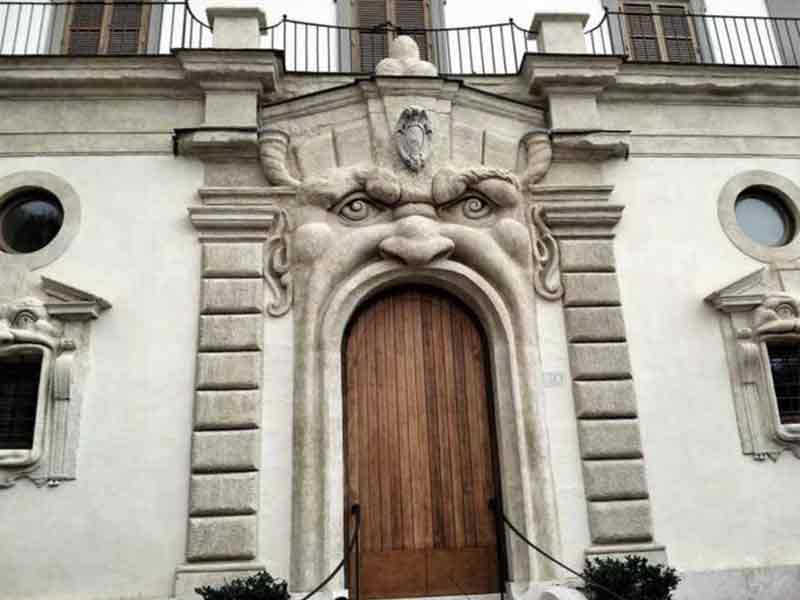 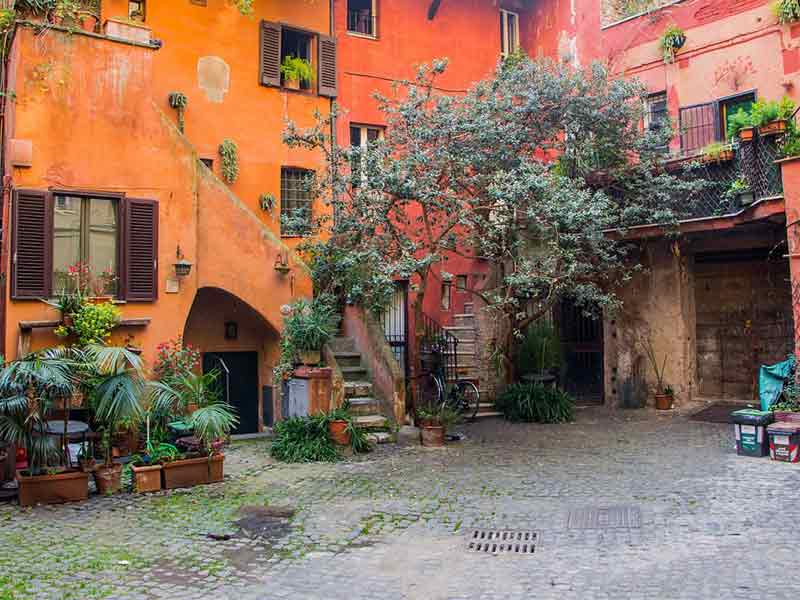 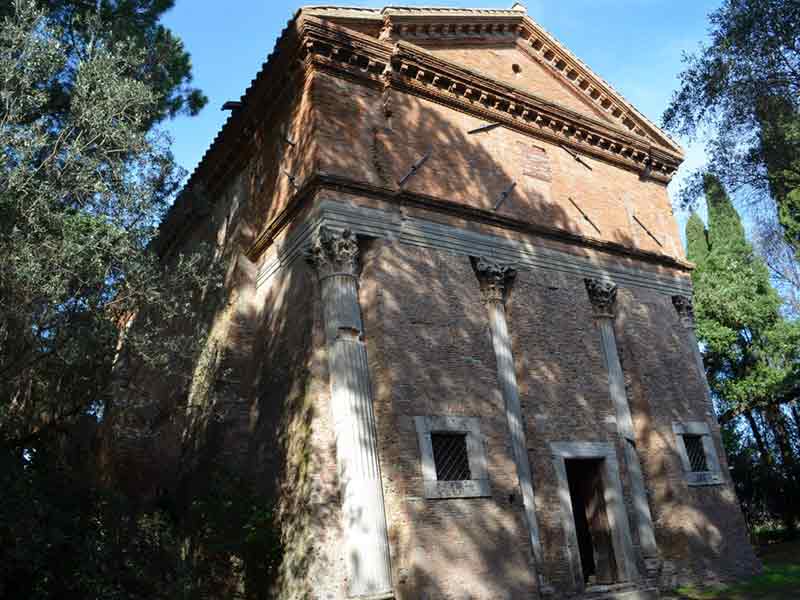 At this point the itinerary continues along Via Del Pellegrino, on which it overlooks the Arco degli Acetari. The arch, which takes its name from the water vendors who resided in the area, acts as a flyover between two adjacent palaces and enters a fascinating, hidden and surprising widening with houses typical of medieval villages.A few steps, in Via Giulia 262, there is the small church of Santa Maria dell’Orazione e della Morte, one of the most outstanding eighteenth-century complexes of the city, also for the particular features it presents. It was founded by the Homonymous brotherhood, which I had as its purpose to give Christian burial to the unknown dead. The sacred Place also includes a crypt with a decisive macabre fascination, where everything is made with the bones of the skeletons. Crossed Ponte Sisto you reach Vicolo dell’Atleta, a small path that owes its name to the find in the 1844 of the statue of the athlete “Apoxyomenos”. At number 14 of the street you can see in a column of the Loggetta an inscription in Hebrew language and it is where there was the first synagogue of Rome, dating back to the year 1000.

The itinerary continues on the Hill Aventino, on top of which is the villa of the Priory of Malta, historical seat of the Grand Priory of Rome of the Knights of Malta. The entrance to the venue reserves an extraordinary discovery. Observing from the keyhole of the entrance door you can enjoy an unusual and spectacular view of the Dome of St. Peter, framed by the vegetation of the Priory Gardens. The next stop is the Casino Massimo Lancellotti in the Esquilino district, a small elegant surprise in the heart of the city. The building, built in the early ‘600 (inside the now disappeared Villa Giustiniani), represents the greatest testimony of the artistic activity of the so-called Nazaren painters in Rome. These are frescoes made in the 1800s by Germanic painters who inspired the Italian painting of the early Renaissance with scenes from the major poems of Italian literature: from the Furious Orlando of Ariosto; From the liberated Jerusalem; From Hell, Purgatory and Dante’s Paradise.

At this point our itinerary to discover the secret Rome moves to the Appio Latino district with a visit to the small church of Domine Quo Vadis, located at the crossroads between the Via Appia Antica and the Via Ardeatina. According to tradition the building rises in the place where Jesus would appear to Peter fleeing from Rome to escape martyrdom and, at the request of the Apostle “Domine, Quo Vadis?”, Jesus would answer “I go to Rome to make me crucified again” Thus, Peter came back and faced martyrdom. A copy of the stone with the footprints of the feet of Jesus is preserved as a testimony of the fact inside the building. Finally, the itinerary ends with a visit to the church of Sant’Urbano Alla Caffarella within the Park of Caffarella. The building, although of great value, is one of the lesser known monuments of Rome. It is an ancient temple transformed into a church in the 9th century, whose current appearance is due to the restoration realized in the 1634 under Urbano VIII. Inside you can admire a cycle of frescoes by the painter Bonizzo, dating from the 11th century but repainted during the radical restoration work.