Itinerary to discover the medieval and modern Rome 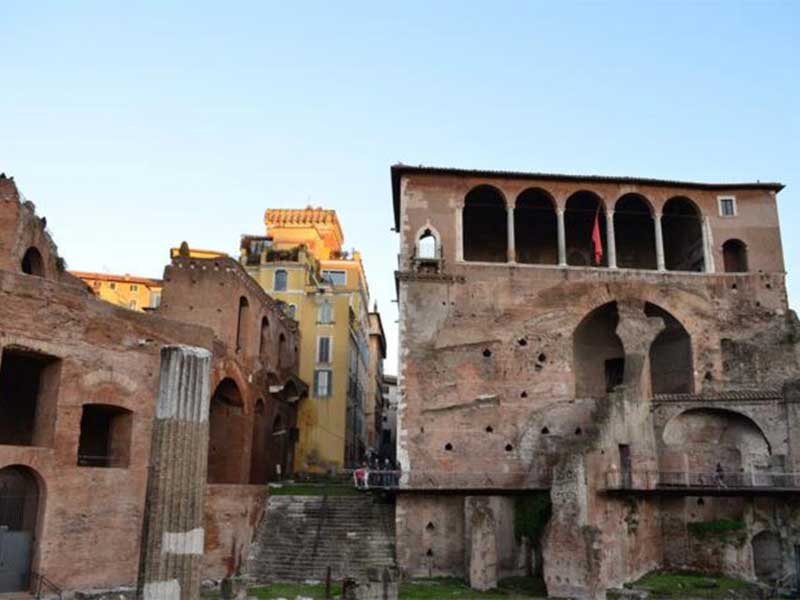 Discovering some fascinating monuments that are located in this period

City of ancient History, Rome is famous in the world for its many monuments and archaeological sites but, like other cities that have a long history, even the Capital has many faces. In fact, with the passing of centuries every age has left its imprint. In particular, walking around the city you can admire fascinating monuments dating back to the medieval and modern period, testimony of a less distant past but not for this less interesting. The itinerary guides the visitor to the discovery of some of the most important monuments of the eternal City during this period.

The first stage of our itinerary to discover medieval and modern Rome is the Casina del Cardinal Bessarion located on the urban stretch of the Via Appia Antica, which today takes the name of Via di Porta San Sebastiano. Despite being included within the Walls of Aureliano, in an area rich in testimonies of the Republican and Imperial Age, the Casina is an unusual example of a Renaissance suburban villa.

Immersed in a suggestive Italian garden, the building owes its present aspect to the XV century, incorporating pre-existing medieval structures, which are based on ancient vestiges of Roman times. In recent times a series of restorations has brought back the Casina to its former splendour.

The itinerary continues with a visit to the House of the Knights of Rhodes in Piazza del Grillo, whose architectural complex is the result of a centuries stratification of monuments on the area where in the Imperial age was lacated the forum of Augustus. The building was the seat of the Roman Priory of the Order of the Knights of St. John of Jerusalem, then called of Rhodes and Malta, who settled there at the end of the XII century building the construction on ancient Roman structures. Inside the house is of great interest, in particular the Byzantine hall, which houses some 13th century frescoes from the now lost Church of St. Basil.

The next stop is the sacred area of S. Omobono located on the corner of Via del Teatro di Marcello and the Vico Iugario. The area, which takes its name from the homonymous church that rises above the ancient structures, was discovered between the years 1936 and 1937, during the work for the construction of a building, later never realized. There are two temples dating back to the Republican era and identified with those of Fortuna and Mater Matuta, based on literary sources. A few steps from the area there is Ponte Sisto, the first bridge built in the modern era. Realized on the ruins of an ancient Roman bridge, “Pons Aurelius”, by Pope Sixtus IV della Rovere on the occasion of the Jubilee of 1475, the bridge consists of four arches covered in travertine and it is decorated by five papal coats of marble.

Finally, the itinerary ends with a visit to the Garibaldi mausoleum located on the Gianicolo, in the town called Colle del Pino, where in 1849 the last strenuous defense of the Roman Republic took place. Designed by architect Giovanni Brawin and inaugurated on November 3, 1941, the anniversary of the Battle of Mentana, the mausoleum welcomes the remains of the fallen in the battles for Roma Capitale from 1849 to 1870. Among the numerous fallen that welcomes the shrine are remembered: the young poet Goffredo Mameli, author of the Hymn of Italy, wounded to death right on the Gianicolo in 1849; the daring inhabit Angelo Brunetti and his two sons shot at Ca ‘ Tiepolo in Veneto; the Patriots Ciceruacchio and Francesco Daves, just to name a few.